The Cornish Pasty knows that giant pasties are the stuff of legends - but not fairy tales - they really exist.

Some giant pasties are "specials" or "one-offs", like the two described here .....

Our personal experience of everyday giant pasties is through Ron Dewdney pasties (pictured below) and considering the servings you get from them, they are excellent value.
NB. The Ron Dewdney shop is now owned by Ivor Dewdney (informed by email 28th Jan. 2016).

These pasties have to be ordered the day before you want them. 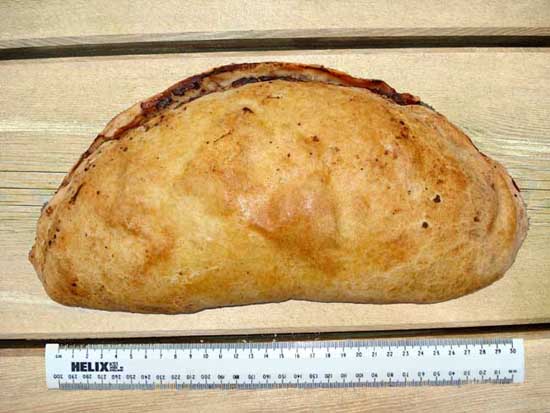 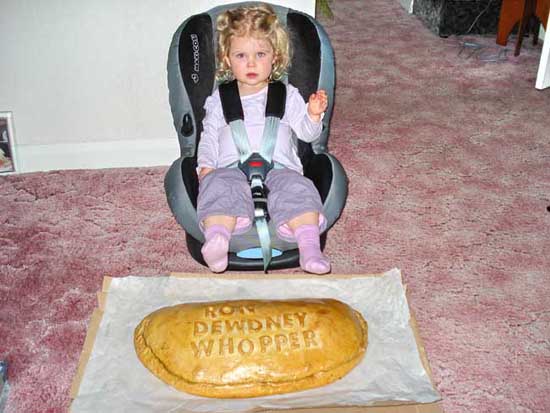 Young Anna with a Ron Dewdney Whopper
(mind you, she couldn't eat'n all in one go).

A point to bear in mind about the Whopper is that it is in proportion. This means that as well as being very long and wide, it is also very thick which adds a lot to its bulk. In other words, you get a lot for your money! The Extra Large pasty can feed three or four people - also good value for £4.35. 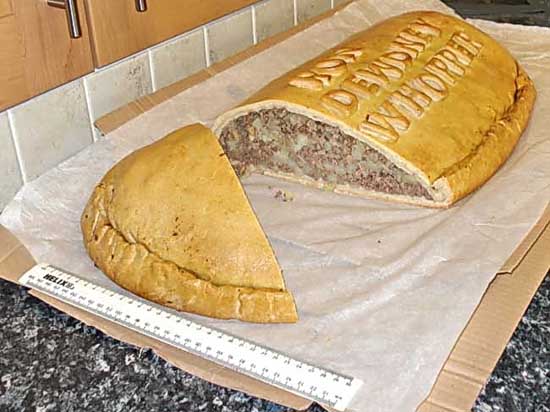 A Ron Dewdney Whopper cut open to show the filling.
Kept in the fridge, this fed us for days ..... in fact it fed six of us at least twice
.... the equivalent of about £24 in Medium pasties!

If the above description of the Ron Dewdney big pasties tempts you to try them, then this is the place you want ..... 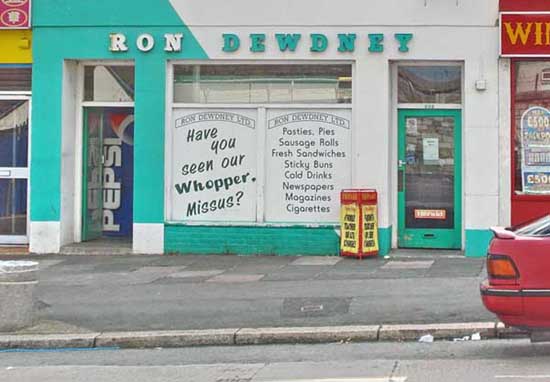 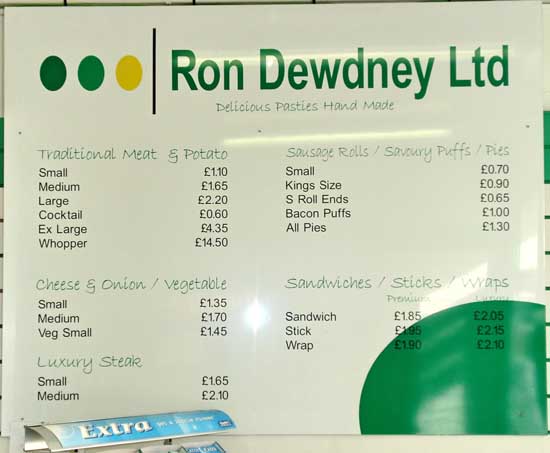 Price list on the shop wall, 2 March 2009
All the items on the left-hand side are the range of pasties. 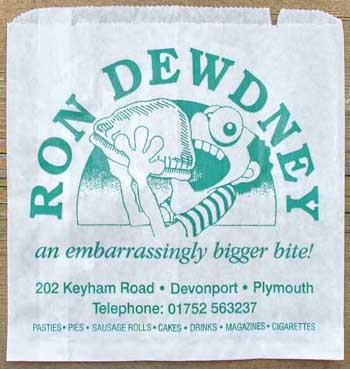 The Ron Dewdney paper bag
- not that you would get a Whopper in'n!

BBC News 18 March 2009: Giant pasty to tempt travellers A giant pasty is being used in a competition for commuters at Paddington station where the 80,000 travellers each day are being asked to guess the weight of the pasty. It is part of a campaign by the Devon and Cornwall Rail Partnership to promote the Looe and Tamar Valley lines.

A record breaking pasty that weighed in at almost a ton was baked for a competition in the Fowey Royal Regatta by a team of six bakers from the Proper Cornish company. It was 15 ft long and weighed 850 kg (1,900 lb), containing 1,750,000 calories, this being the equivalent of 3,500 normal pasties. The cost would be about £7,000. The rivals, Lostwithiel Bakery, also produced a monster pasty that I wouldn't want to try and finish - I would definitely have had to keep a corner for drekkly! The pasties can be seen in the newspaper reports linked above. 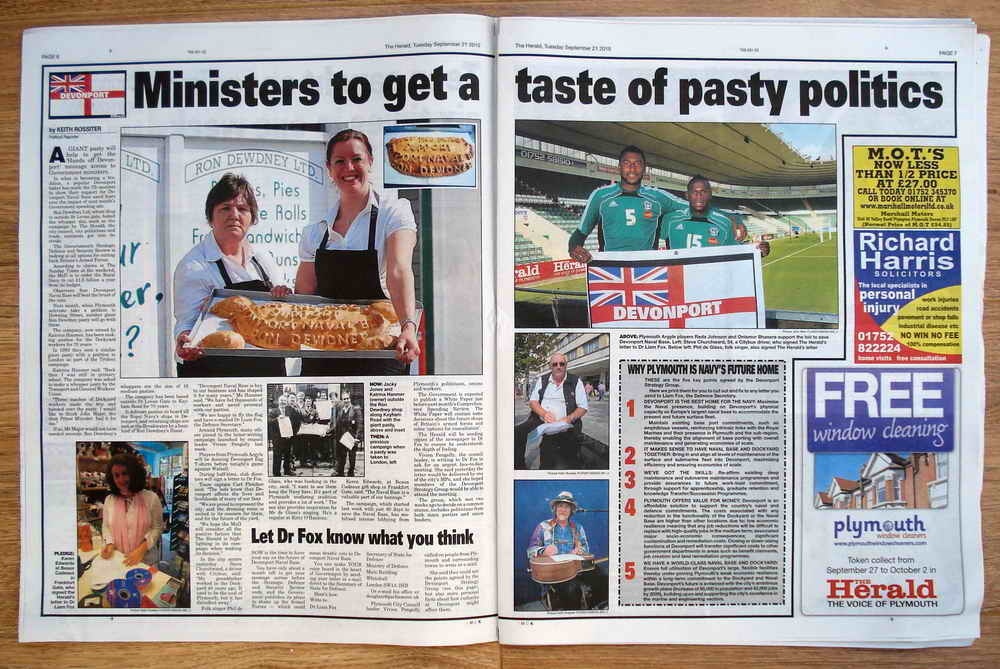 Image reproduced by permission of The Herald. The original article may be viewed online here.

On 21st Septemeber 2010, The Herald, in Plymouth, published the article above in support of Devonport Naval Base which is facing cuts in the impending UK Government Strategic Defence and Security Review. Ron Dewdney Ltd. produced a 7 lb giant pasty with one of their lettered messages in support of the Naval Base.

Once again, The Cornish Pasty web site brings you only the facts about pasties .....

Acknowledgements - Grateful thanks to the staff of Ron Dewdney for their co-operation in the writing of this web page from The Cornish Pasty.