History & origins of the Cornish pasty - I

"On the origins of life, the universe and pasties"

This page about the history and origins of the Cornish pasty is based on scientific evidence and plausible hypothesis ..... it will not go into detail because the electric hyperlinks do that job.

It is a fact that, as time goes by, we know more and more about the world around us.

In the same way, medical advances are amazing, from treating blindness with a white stick to, in some cases, implanting a bionic eye.

The beginnings of the earth and life on it are a mystery, although there is evidence for theories .....

A search of this electric internet gives a tremendous amount of information, which cannot be retold here.

However, after the birth of the solar system, some 4.5 billion years ago, there was stardust and rocks and asteroids and meteors and comets everywhere. Accretion by gravity-effects began the gathering of nuclei to form the stars/suns, planets and their satellites and other residuals.

There are many theories about the origin of life on earth. One excellent experimental report found that the early molecules could be formed in the primeval atmosphere - see HERE. Another possibility is that life actually originated somewhere else in space and came to earth by meteorite, see HERE. This is paralleled by the theory that water on earth originated during a period bombardment by comets, HERE.

Today, space debris, rocks, meteors, asteroids and such are still circulating in space and sometimes they intersect with our orbit around the sun. The moon shows terrible evidence of its history of meteor impacts. This is because there is no atmosphere in which meteors can burn up and vaporise.

Some moon craters are huge e.g. the craters Ptolemaeus (diameter 164 km ), Alphonsus (diameter 108 km) and Albategnius (diameter 114 km). These indicate mighty impact events in the past. Perhaps the biggest is the Imbrium basin at 720 miles (1160 km) across.

Lunar impacts have been so forceful in the past in throwing up debris that pieces of moon rock have reached earth afterwards as a meteor, e.g. from an event 340,000 years ago.

Also, scientists have confirmed that bits of Mars have been found on Earth as Martian meteorites.

Now, there has been a great interplay of stellar and interplanetary forces over the ages. Even today, fireballs burn through our atmosphere during potentially catastrophic near-miss events (see HERE).

There is now evidence that the dinosaurs died out on earth after an impact at Chicxulub on the YUCATAN peninsula. Mexico, 65 million years ago. The "hole" was 180-kilometers (112-miles) wide and 900-meters (3,000-feet) deep, although it was hidden over time by more recent geological events (also, see HERE!).

The conditions that followed caused the extinction of the dinosaurs and 70% of the species on earth.

This is very relevant the history of the pasty

The electric web page HERE, carries the message that .....

"Data from instruments flown on airplanes during last year's Leonid meteor shower show that the seeds of life, long suspected to exist in comet dust, could have survived a fiery passage from space to Earth's ancient atmosphere."

"A range of findings, reported by an international team of NASA-led scientists, provide support for panspermia, which holds that life on Earth did not spring up spontaneously out of some primordial soup, but was instead seeded from space."  ..........

Another item to consider is that more than a hundred tons of meteroid material reaches earth everyday!

.......... Star HD10180 has been found to have 5 orbiting planets of which one is believed to have a habitable zone. This is 55 Cancri 2 and a fifth planet could have a habitable moon! This new extraterrestrial solar system could be 10.2 ± 2.5 billion years old, a lot older than our own solar system which is about 4.5 billion years. It easy to argue that the pasty tree could easily have evolved in these habitable zones and their seeds been transferred through space by means described above and below.

.......... although the Leonid meteor shower in February and November is not the only possibility, there is also the Perseid shower in July/August each year and, in fact, a gert long list of regular meteor showers that are possibilities besides the occasional errant meteor or asteroid.

Of course, the dinosaurs walked the earth in the Mesozoic Era when the world was populated by ferns, ginkgos, cycads and conifers including redwoods, yews, pines, the monkey puzzle tree (Araucaria) and cypresses (see the dinosaur plant types HERE).

After the climate settled down, following the big impact, the pasty tree and other flowering plants replaced the plants of the dinosaur age and they spread across the globe, finding Cornwall and Scilly most favourable to their growing requirements.

AND, THAT IS WHY THE SCILLY AND CORNISH BOYS SAILED THE GIGS OVER THERE IN RECENT TIMES, TO YUCATAN, TO BRING BACK THE SEEDLING TREES AFTER PASTY TREE CLEARANCES HAD GONE A BIT TOO FAR .....

There, that's another bit of the puzzle explained ..... 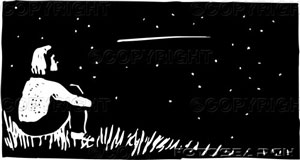 Also, I can understand the concept of eternity going on and on and on, forever .....