The Cornish Pasty happened upon an old book in Hayle this summer (Sept. 2010) that says in its Preface that it is "the first printed CORNISH RECIPE BOOK".

The book belonged to Father-in-law and it was apparently his favourite book, it is well-used and the covers are missing: the first page is the Preface ..... 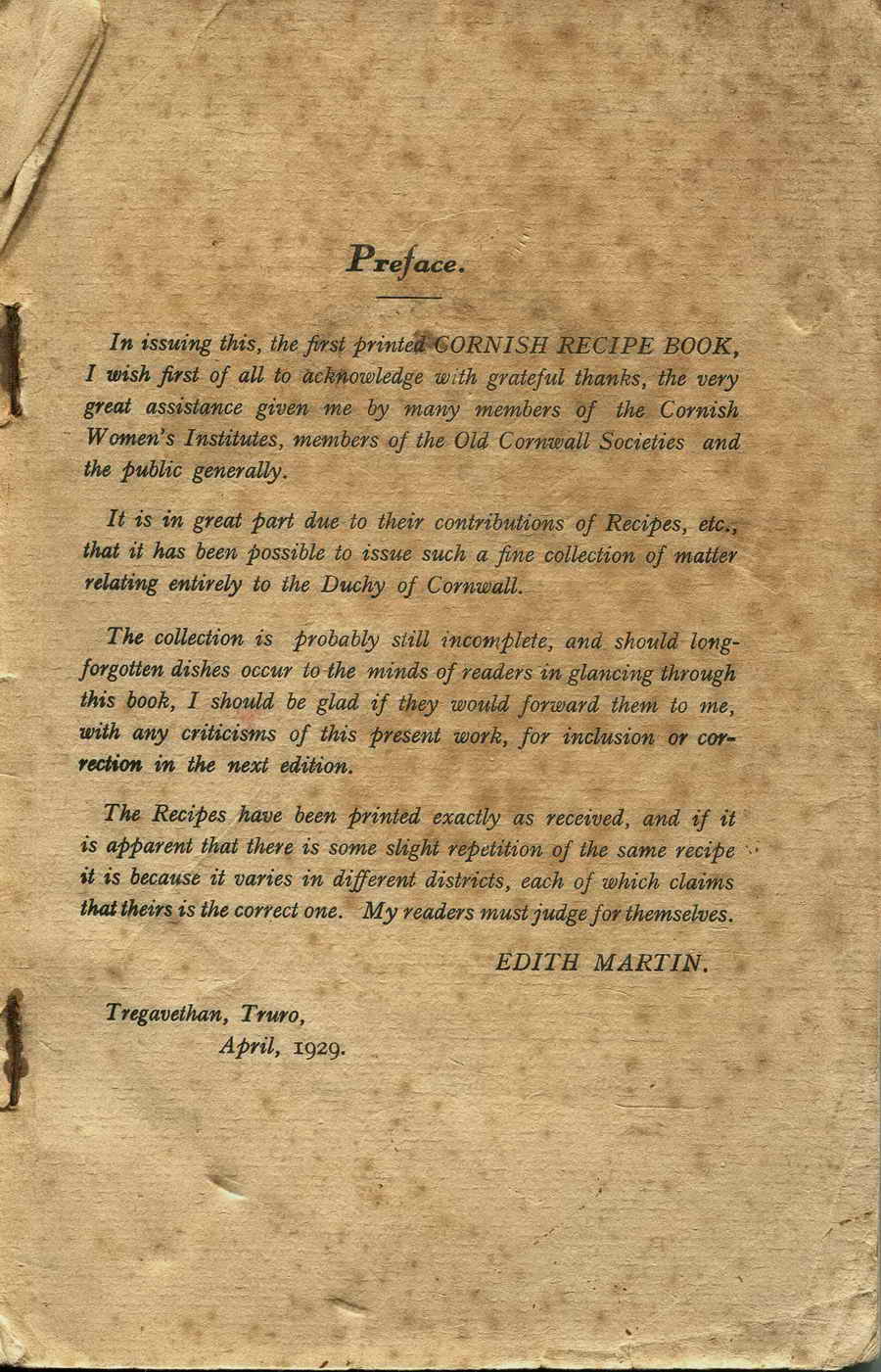 I have looked in second-hand bookshops and local libraries for old Cornish cookery books but this is the first I have found. From references on the internet, I have deduced that this must be Cornish Recipes, Ancient & Modern, Edith Martin, Truro, 1929 - an original 1st edition! It is very well worn. It is a publication of the Cornwall Federation of Womens' Institutes.

The section about pasties begins on page 27. The instructions for making a basic pasty are simple, with no surprises. What is surprising is the variety of fifteen recipes, all coming from Cornish ladies! They are .....

The intriguing thing about this 91-year old book, with its fifteen recipes for Cornish pasties, is that there is no recipe for a pasty containing meat, potato and swede - because 'swede' isn't a Cornish word, 'tis tunip! Approximately 68 million of these pasties are made commercially in Cornwall each year and it is this recipe that is universally accepted as being THE traditional Cornish pasty.