The Cornish Pasty has the sad duty to reveal what really happened after the announcement that the Chancellor, George Osborn sent a "climbdown" letter to Andrew Tyrie, Chairman of the Treasury Select Committee, reported in The Daily Telegraph dated 28th May. Unfortunately, the text of this letter does not appear to have been made public (Commons Treasury Select Committee Correspondence made public) as have all other pasty tax exchanges which are recorded in Hansard (the proceedings of Parliament), as shown on this web page.

It appears that NOTHING has changed with regard to the new tax proposals - cooling food is still exempt from VAT while food kept warm for sale is now to be taxed. Previously, pasties were on a list of foods that were exempted from VAT - but now they are taxed if they are sold from a warm cabinet.

Plymouth's daily newspaper, The Herald, carried the article below on Tuesday 2nd October 2012 ..... 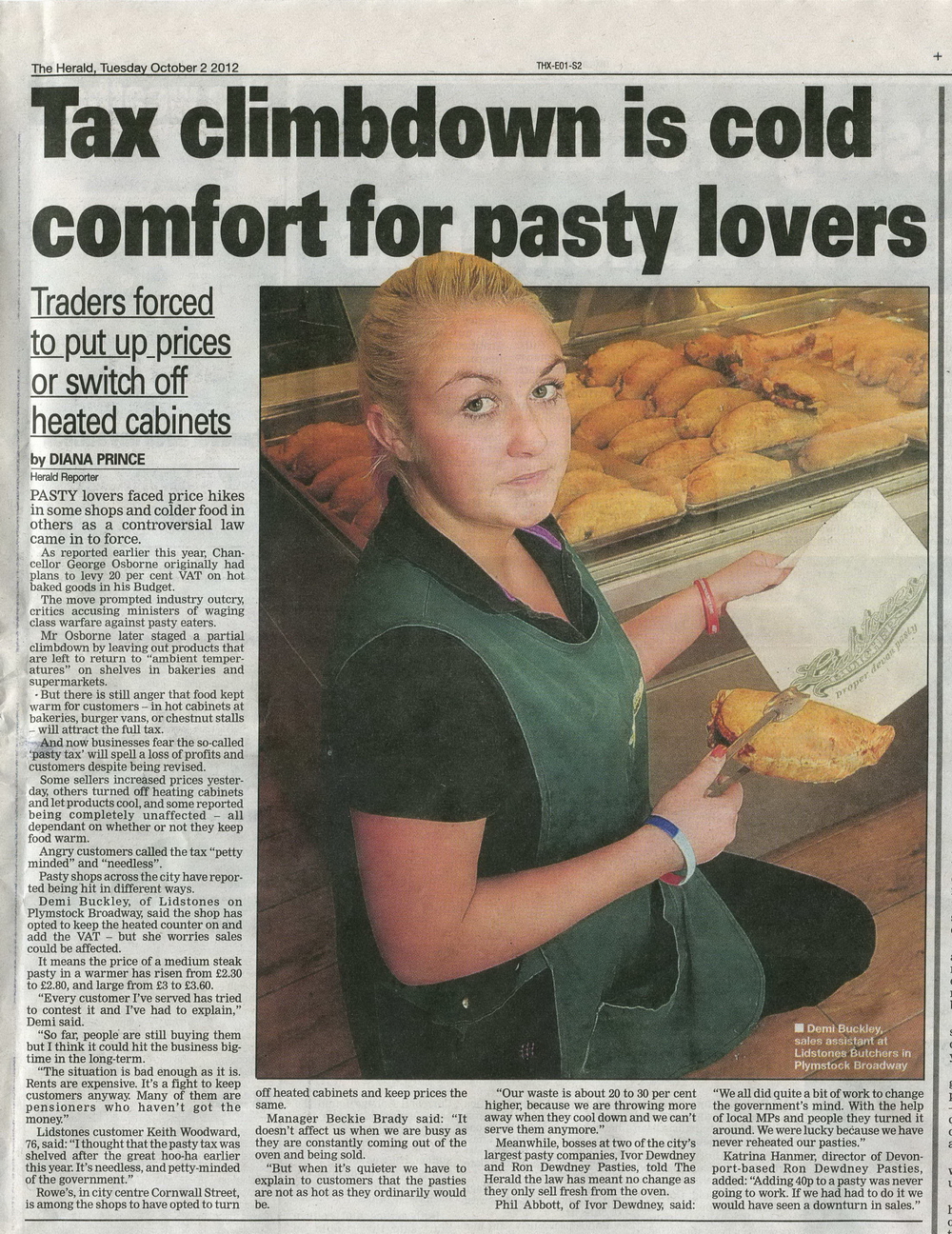 Copyright: Article reproduced by kind permission of The Herald The original article may be viewed online here

Acknowlegement:  We are grateful to The Herald for permission to reproduce the article above.

Once again, the facts are reported by The Cornish Pasty.