The Cornish Pasty presents a recipe that has a traditional beef and vegetable filling at one end of the pasty and an apple and cinnamon filling at the other. An interesting aspect is the use of boiling water pastry where the lard or shortening is melted in boiling water: 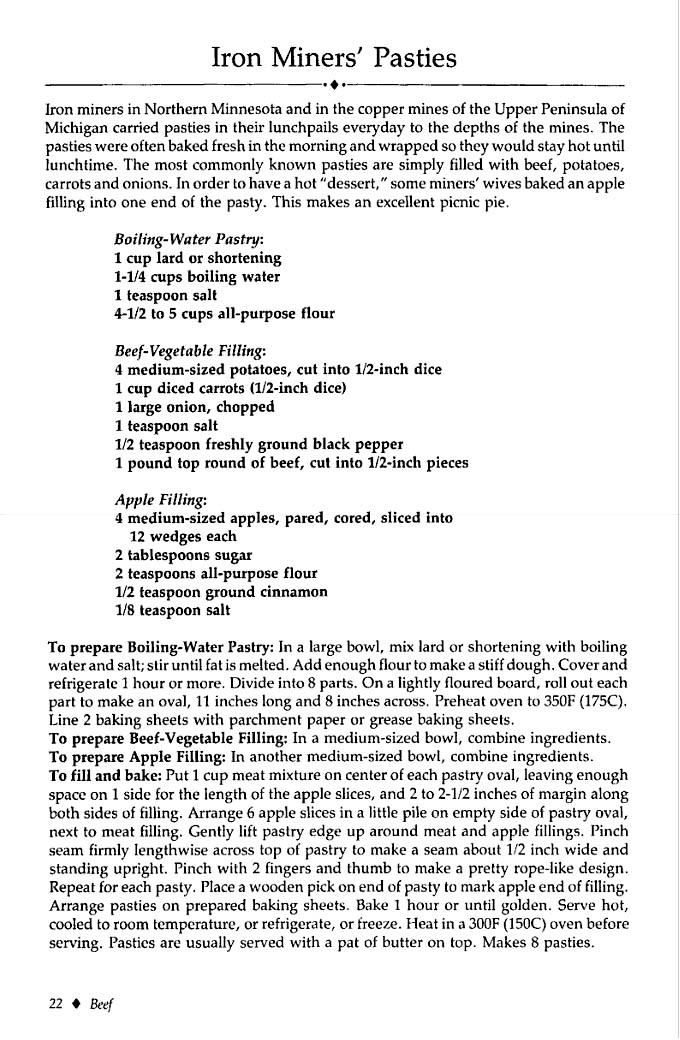 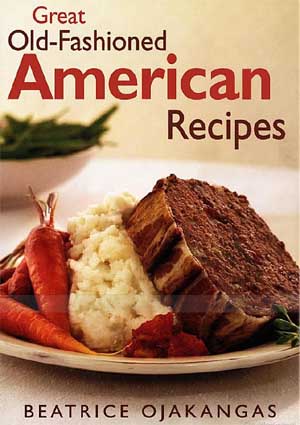 The pasties in the Upper Peninsula of Michigan and in Northern Minnesota were the legacy of the Cornish miners who originally emigrated to those areas in 1864, therefore it is reasonable to assume that this "dinner and dessert" pasty may well have been brought with them from Cornwall.

The recipe can also be found online on Google Books, click here.

Acknowledgement: I am grateful to Jeff Moen, University of Minnesota Press, for permission to use the recipe on this page of The Cornish Pasty.